Showing posts with the label Alzheimer's disease
Show all 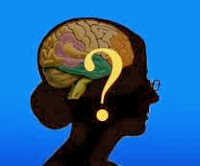 Today, I met a daily wager, who had worked for our family for many years. I smiled at him and asked, "How are you Rajan? Did you buy fish?(As he was coming from the market). But he didn't reply or smile. He was looking at me, as if I had grown two horns on my head. I was surprised because before he used to joke with me and talk so much, that I used to go another way, to avoid him. So this way of behaviour was really weird. when I asked my friend, I came to know, he had forgotten everything even people. I felt sad. So I thought, its time to learn what causes this forgetfullness. What is Alzheimer's disease? Alzheimer's disease is a progressive disease in which healthy brain tissue degenerates, resulting in problems with memory, behavior, and other mental abilities. It is the most common cause of dementia (the loss of memory and other intellectual abilities serious enough to interfere with daily life) and the seventh-leading cause of death in the United States. Alzh
Post a Comment
Read more
More posts