Showing posts with the label advantages
Show all

Hey Guys!!!! Check the simple guys talking Big!!!!! Real Opportunity, Ordinary People & Real Money - Forever Business Forever Living offers a unique opportunity to promote better health and wealth for those willing to capitalize on this incredible opportunity. If you need more proof, talk to one of thousands Entrepreneurs Forever living the dream every day.  The best way to learn about Forever Living's opportunity is to listen to our Distributors. Like many of you, these same people were nervous and hesitant to take control of their financial futures. However many of them did, and they have never looked back. Take a look at one of the distributor's stories: Mr. Sunil Gupta ‘My journey with FOREVER started way back before it had even come to India. I basically belong to a village in Uttar Pradesh, India. Previously, I was in a private job for about 4 years mostly in Delhi. As I was always lived hand to mouth, I used to think whether my life will alwa
Post a Comment
Read more

Once upon a time a young man named Sadiq and a young girl named Haseena got married, they were new to the business of marriage. Both were innocent to worldly vices. They shared their wows and woes. One day, another boy named Ansar came to this village and saw this girl, immediately, he wanted to have her. He checked her background and came to know that she was married. That didn't stop him from wanting her. He dreamed of her as his girl and started plans to make her his. So he befriended Sadiq and became inseparable. One day, when Sadiq was away, Ansar came to Haseena's place and requested to use the toilet. Haseena without any fear allowed him to use the toilet. Haseena went to the kitchen to prepare food for Sadiq. At that time, Sadiq arrived to find Ansar coming out from the toilet and Haseena, nowhere in sight. This, made Sadiq angry, he started doubting Haseena. He made her life a living hell and slowly, the innocence which was there when the family life began started fad
Post a Comment
Read more

- April 08, 2014
There is one sad thing that hogs everyone’s life at one point or other, mistrust. I had been in that brunt for many a times that I have lost count. You might ask, how? Well, I was a boarder from very small, which means from kindergartren. You know, it was an age, when my things became public property. I didn’t have any stationery to say as my own. I had to beg every other hour for a pencil or eraser or a sharpener. And the result, Meena has nothing. I didn’t mind, until when trouble started brewing when others too lost their things. If someone lose something they immediately put the blame on me. And I a kindergarten student had only one answer, “ I didn’t take.” It was true. I cannot keep my own things, then how can I manage to keep other’s things. Anyway, no one believed except my dad, who said, “Whatever you say, I believe because you are my blood.” Well, I thought he was meaning the father – daughter relationship. But in fact, it was just something out of everyones’ comprehensio
Post a Comment
Read more 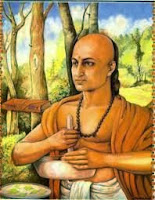 Ayurveda, the most sophisticated and accurate approach in health care was introduced by some eminent people around 5000 years ago in India Ayurveda aims at finding the root of a disease and then eradicating it completely from the patient whereas Allopathy aims at giving patient an instantaneous relief by destroying organisms that caused the disease but it is not guaranteed that the disease is permanently cured. The philosophy of Ayurveda is to prevent human beings from unnecessary sufferings and to give them a long and healthy life. Ayurvedic treatment consists of natural herbs and is based on direct sense perception, logical inference and hearing from realized souls and saints. Ayurvedic treatment mainly consists of essence of fruits, vegetables, spices and natural herbs which helps in curing diseases without having any side effects on the patient's body. Though it is not the fastest treatment but surely the most effective one. Ayurveda is well aware of the system of body
Post a Comment
Read more
More posts