Showing posts with the label You & Me
Show all 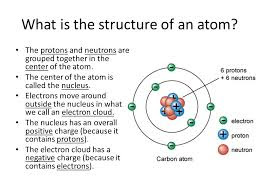 Guys!!!! You know I think either I am insane or on borderline of insanity. My tagline is usually "We all are made up of cells which are packets of energy." That is the end of the story. But last day, I happened to hear that there are billions of galaxies in this universe and you are just a speck. So while I was thinking on that, I wanted to connect the speck part as me. But unfortunately I landed in non-entity part (means you are a zero). You might wonder how. You know that you are made up of atoms, right? Now we are going deeper into the atoms. Atoms look like a solar system. See the below image So if each atom is like that image, it looks like a solar system see image below :- We are made up of atoms and surrounded by atoms. The pictures shown above both looks the same. If the whole universe is like this, then where would I be or you be? Everywhere or nowhere? What do you think? I am crazy!!!!!? Ha....ha...ha... Meena
Post a Comment
Read more
More posts